Do Electricity Consumers Respond to Prices or Peers? Evidence from a Novel Electricity Billing Tournament

We examine an energy conservation program that instills both pecuniary and non-pecuniary incentives using a tournament among peer military households. Under the tournament, households only pay for electricity that exceeds 110 percent of a peer-group average, and receive a rebate for each kilowatt hour below the 90th percentile of the peer-group mean. Prior to the program, no household paid for electricity. We evaluate impacts of the program in two ways. First, we use difference-in-differences to estimate how introduction of the program affected electricity use for those near the peer-group average (and paid/received nothing throughout) in comparison to those who received various levels of payments or rebates. Second, we examine how arguably exogenous changes in the peer-group average, driven by entry and exit of households, affected subsequent electricity use by continuing households. We find that the program causes greater conservation by high-use households that are required to make payments under the program, but that low-use households respond against their pecuniary interest and consume more, at least relative to average households. Over time, as group average use and the non-payment window shift lower, it mitigates the perverse effect from the rebate group and gradually increases the response from the payment group. Interestingly, for the continuing households who have been switching between the rebate and payment zone driven by changes in group average use, the usage response to both exogenous decreases and increases in the peer-group mean is the same. These households tend to reduce electricity use if they were standing at the above-average percentiles and, in contrast, increase use if they were at the below-average percentiles regardless of the increases or decreases in the price. This causes bunching toward the new group mean. We discuss ways that monetary incentives and competitive psychology may be mixing to give rise to these observed impacts. 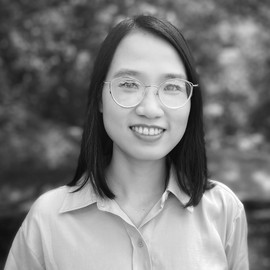